I spent 21 years working on my novel Flower of Iowa before it reached the public last year.  My most intense research took place while living in Chicago in 1993-1994, a situation that allowed me to explore Tommy Flowers’s home state, including his hometown of Brooklyn. My journey also brought me to the Cantigny estate in suburban Chicago where the nation held its observance of the 75th anniversary of the Armistice that ended the Great War and the Indiana World War Memorial. 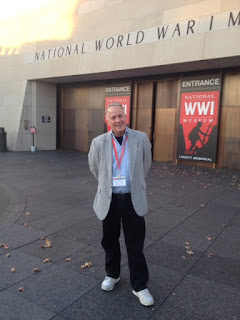 Although I was already traveling to Great War sites and museums in Britain, France and Belgium to research the novel, ironically I couldn't visit my own nation’s most prominent WWI memorial. That’s because Kansas City, Missouri’s Liberty Memorial had so deteriorated that it was closed for safety reasons in 1994. It seemed an ignominious fate for a celebrated monument whose groundbreaking in 1921 drew 100,000 people to watch Generals Ferdinand Foch and John J. Pershing and three other Allied commanders presented with flags by an obscure local WWI vet named Harry S. Truman. As I pursued writing a book about a war forgotten by so many Americans, the Liberty Memorial’s fate was particularly poignant to me.

But American lives are renowned for having second acts – and so can American monuments. After more than $100 million was raised, the National World War I Museum at Liberty Memorial reopened in 2006, now incorporating a modern museum. In 2013, I finally got to visit, and under auspicious circumstances: I was attending the inaugural Symposium, “The Coming of the Great War,” sponsored by the World War I Historical Association and the Museum itself. (I attend the 2015 Symposium this week, and will provide a report when I return.) 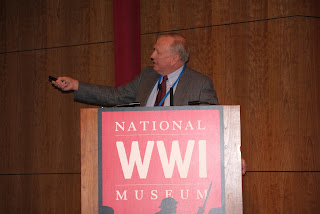 It’s hard to say which was more rewarding – touring the restored memorial and the new museum, or participating in the Symposium. The content of the programs was as wide-ranging and informative as one could want. While Europeans still live in the shadows of The Great War, it’s rare in the U.S. to spend two days with both experts and ordinary citizens who share an absorbing interest in the events of 1914-1918. These people care passionately about the First World War; it was hard not to feel like an interloper at times. (I refuse to call attendees World War I “buffs” or “aficionados” – words I consider insulting to both them and those who suffered through the conflict.) 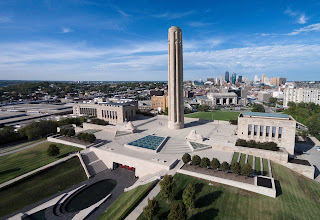 The restored Memorial is an astonishing bit of 1920s Egyptian Revival architecture, with a soaring central tower that is topped at night by a Flame of Inspiration. It is flanked by Assyrian sphinxes and two halls, each of which contains part of an extraordinary French mural called the Panthéon de la Guerre, as well as bronze tablets bearing the names of 441 Kansas City residents who died in World War I. 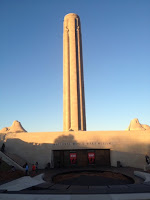 By contrast, the Museum’s modern space combines contemporary audiovisual techniques and artifacts to rival the best Great War museums in Europe. Particularly effective is a film that evocatively uses period footage to re-create the mood – both innocence and menace – of a country marching into global conflict – and taking Tommy Flowers with it.