Reading depicts love between soldiers in World War I 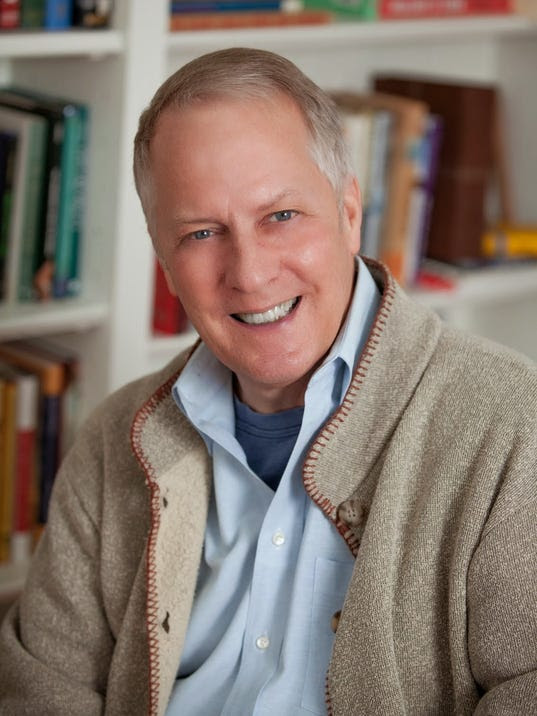 (Photo: Courtesy photo )
Two soldiers who develop a relationship during the height of World War I is the focus of a new e-novel that will be featured during a dramatized reading for Veterans Day.
Poughkeepsie resident Lance Ringel will present "Gay in the Great War," from his historical-fiction novel "Flower of Iowa," at Arts Mid-Hudson on Monday. Ringel will read three sections from his e-book, joined by his actor-singer spouse, Chuck Muckle.
The presentation will also include the singing of several famous war songs, including "It's a Long Way to Tipperary" and "Over There," performed by Muckle.
Ringel said parts of the songs are integrated into the text, but at readings the full songs are performed to create "an atmosphere that pulls people back to 1918."
This year marks the 100th anniversary of the start of World War I, which was the impetus to release the novel, said Ringel, who had been researching and writing it for the past 21 years. 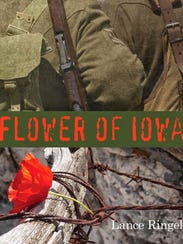 "Flower of Iowa" by Lance Ringel(Photo: Book cover)
"Flower of Iowa" was released in May on Smashwords.com and attained the No. 1 spot on the gay fiction best-seller list in July, Ringel said. The novel also reached the No. 2 spot on the historical fiction list.
Tommy Flowers, the main character of "Flower of Iowa," is a naive soldier from a small town, "full of enthusiasm and patriotism," Ringel said.
Ringel has held executive officer positions at the Hudson Valley LGBTQ Community Center, including president, since the center opened in 2007, said Vanessa Shelmandine, director of programs.
"We are so grateful for the leadership Lance has demonstrated in the Hudson Valley, particularly with our center," Shelmandine said. "It's especially important to the LGTBQ community to have stories about same-sex love expressed in human, accessible ways that everyone can relate to."
The story is set in 1918, during the war in France, where Flowers meets a British soldier named David Pearson.
"They're best buddies, but as time goes on and they go through a number of things together, an emotional connection develops," Ringel said, adding that their relationship becomes "nothing they have a word for, nothing they quite understand."
Ringel, a journalist and writer for four decades, said the inspiration for the novel initially came from a CBS prime-time series that rekindled his interest in World War I at a time when gay Americans were prohibited from serving openly in the military. The "don't ask, don't tell" policy was repealed in 2011.
The main characters are fictional, but everything that happens to them is based on real events, Ringel said.
"What really mattered to me was the characters," Ringel said. "I feel strongly about them and I want people to meet them."
Ringel extensively researched World War I, traveling to libraries and museums across America and Europe, and drawing from historical records and soldiers' personal diaries and letters.
Ringel finished the first draft of the novel in four and a half years, but continued to do research and polish it before its publication. He said part of the challenge was "to give a sense of the everyday life of soldiers," but still keep the action moving forward.
Contact Journal intern Jennifer McGreevey at 845-437-4809; jmcgreevey@gannett.com
IF YOU GO
What: "Gay in the Great War," a dramatized reading from the novel "Flower of Iowa," presented by author Lance Ringel, with period music by Chuck Muckle
Where: Arts Mid-Hudson, 696 Dutchess Turnpike, Poughkeepsie
When: 6 p.m., Nov. 10
Information: Free admission. RSVP to events@artsmidhudson.org or call 845-454-3222; to learn more about the author or how to download the book, visit www.flowerofiowa.com


This year marks the 100th anniversary of the start of the First World War. October is also LGBT History Month. What better way to treat (but not trick) audiences with the subject many people don't enjoy discussing: gays in the service. “Gay in the Great War,” a program combining literature and music from World War I, will be presented at The Gay and Lesbian Community Center ( 210 Grant Street) of Pittsburgh on Sunday, October 12 from noon to 1:30 p.m. in conjunction with a meeting of the Center’s Men’s Group. Admission is free, and the program is open to all.

Lance Ringel, author of the World War I saga Flower of Iowa, will read excerpts from his eBook, joined by his spouse, actor-singer and Pittsburgh native Chuck Muckle, who will perform several songs made famous during The Great War.

Ringel spent 21 years researching and writing Flower of Iowa, which was selected in May as one of the top summer reads by The Advocate , and has attained the No. 1 spot on the gay fiction best-seller list and No. 2 on the historical fiction list, at Smashwords.com.

The sprawling historical novel takes place against the turbulent backdrop of World War I. In France during the final months of the war in 1918, young American Tommy Flowers is learning to be a good soldier in the trenches. At the same time, Tommy steadily develops an attraction for his best buddy, British soldier David Pearson. The two young men must navigate this unexpected but irresistible attraction, seeking out ways to stay in touch even as the war reaches a crescendo, drawing them apart. A tale of love and bravery in the midst of tragedy, Flower of Iowa showcases unforgettable characters, meticulous historic research and exhilarating storytelling.
For more information, visit flowerofiowa.com/events

Author Lance Ringel was interviewed on the long-running talk show "Finding out with Pete and Ellen" on June 1st and June 8th, broadcast over several Clear Channel radio stations in the Hudson Valley.


Lance Ringel spoke to Kerry Donovan on this past Memorial Day Weekend about the impact of World War I on America and why people should remember its veterans and their achievements.

Air Date 5/26/14
Reporter/Producer: Kerry Donovan
Neighborhood News
(The fair use of a copyrighted work, for purposes such as criticism, comment, news reporting, teaching, scholarship, or research, is not an infringement of copyright. This constitutes a 'fair use' of any such copyrighted material as provided for in Title 17 U.S.C., § 107 of the US Copyright Law.)